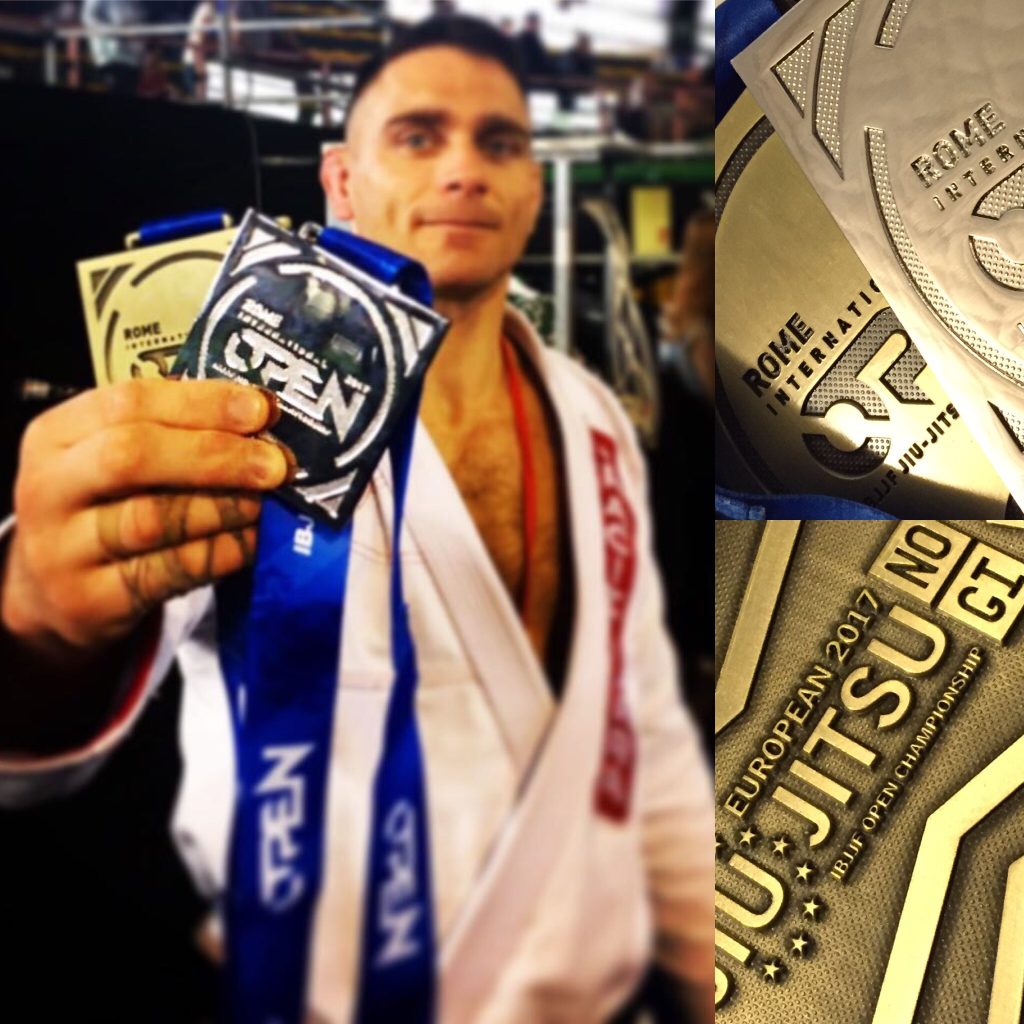 Professor Nathan stepping up this weekend at the 2017 IBJJF Rome Open Championships and 2017 European NoGi Championships held for the first time in the ancient seaside city of Ostia. Competitors from all over the globe filled the divisions and fought hard to succeed.

On Saturday Professor Nathan took the Bronze medal in the middleweight division and went on to fight the open weight class and secured the Silver medal (bested both times by the same champion in each).

Unfortunately in the Sunday European Championships in the third fight Professor Nathan met the same opponent who beat him by a close margin of 2-0 and again went on to secure the top spot in the middle weight division.

The highlight of the weekend though was professor Nathan’s incredibly swift submission by way of triangle in the first fight of the open class division – less than 60 seconds!

You either win or you learn – and lots of lessons to be learnt this weekend.